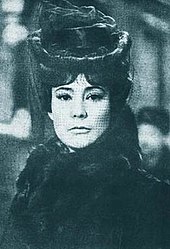 When reading a work, especially a purely literary one, the chief interest lies in the character of the author as expressed in the work.

I have nothing to hide from anyone in the world: all may know what I do.

—Tolstoy, to his brother-in-law Stepan Bers

When Tolstoy started Anna Karenina, he was forty-four. He guessed he would finish the novel, conceived as only a novella, in two weeks. Even after sketching out the plot and writing several scenes, it took him months to realize Anna’s character. After more than a year of dilly-dallying, he became motivated to write the novel because he was keen to buy horses—but nothing and no one could keep him on deadline. From start to finish, Anna Karenina took him more than four years, but in about thirty of those fifty-three months he doesn’t seem to have done a lick of work on it.

My quest began several years ago to find out everything possible about what Tolstoy was doing during that period spanning the composition of the novel, my book of books (not his!). I kept returning to the main sourcebook of what he was doing: it stares us in the face every time we open the novel. He was doing that.

Except when he wasn’t.

In all the biographies of Tolstoy, the narrative of 1873-1877 has proceeded too quickly, been short on details, or featured confusion and contradictions. Though many of Tolstoy’s day-to-day movements and activities have been accounted for, Tolstoy does not reveal them to us in as much detail as he describes the lives of his characters. To quote a New York Times interview with Philip Roth, who was asked to reflect on novelists and his own long career as one: “The novel, then, is in itself his mental world.”

When Tolstoy wrote fiction he became alive to himself, conscious and capable of accessing otherwise obscure depths and fields of thought and feeling. Writing Anna Karenina continually unsettled him. While in the thick of writing, he was almost never happy, and he was especially resistant to this state when deadlines obliged him to engage with it. But the act of creation nevertheless beckoned him his whole life. By his seventies, when he would hide himself away to work on the novella Hadji Murad, he considered it a self-indulgence. Earlier, it had been an escape into the freedom and rigors of art and away from the display of his restrictive, publicly pronounced beliefs. Writing fiction enabled him to bare his soul and mind; the doors of experience, feeling and thought opened up to him. It was seemingly to his own surprise that Anna, an adulterer living in high society St. Petersburg, became to him a sympathetic woman. Even as she embodied the sin of adultery, which repulsed Tolstoy, Anna also represented a consciousness as dynamic as his own. In almost every scene in the novel, Anna’s perceptions show us the inner workings of Tolstoy’s vivid mind. Through her, Tolstoy faced his own existential crisis. She had everything–social standing, intelligence, beauty, the love of a child, a steady marriage, vitality—how could she kill herself? Why did he, who also had everything (except beauty), find himself suicidal? In his identification with her, her suicide became ominous and important, unlike in his earliest conceptions of her, where her suicide aroused only contempt. Once he had created the “real” Anna, the one we know, it was as if he had walked into her bad dream.

One reason the novel grips us is because it gripped him. But he didn’t enjoy its grip at the time, and there is no evidence he ever reread the novel except to hastily proofread it.

The surviving rough and abandoned manuscripts of Anna Karenina are, apparently (I’m trusting the Soviet scholars of the Jubilee Edition and the editors who pored over them and transcribed them so that we can read them), a mess. As I was reading the redacted drafts, the editors show us that sometimes we have to settle for only the date after or before he could have written a chapter or scene, and other times we can’t know even that. Tolstoy had drafts, plans, fully described scenes that he reviewed as he worked up and progressed through the serialization starting in January 1875.

Despite the mysteries of the evolving revised drafts, we are always the lucky recipients of what he did publish, the glorious evidence that he left us on the hundreds of pages of the world’s greatest novel. Sofia Tolstaya recopied some of the drafts as her husband wrote them, and she witnessed startling (and occasionally disappointing) transformations in his revisions. We know he made corrections on galley after galley. He was fiercely meticulous about his writing, but once the galleys were complete, he was notoriously sloppy about proofreading and often asked for help in completing that task.

Reading his letters, it’s possible to sympathize with the way his wife and friends felt watching him, wondering why he wasn’t writing. There he was, instead, going off into the local woods to hunt or in the summers to the steppes to drink mare’s milk and buy horses. We can read his letters and his wife’s and his children’s and in-laws’ memoirs and see how he interacted with his many children and how he grieved over the deaths of close family members. As he moved into and out of novelist mode, his wife noted the difference it made for him to be in that mode. At times he acted the short-tempered prima donna and denounced the very novel his wife and readers were rooting for him to resume writing.

In researching this period of his life, I sometimes felt the irrational anxiety that we have when listening to a first-hand account of an accident or near catastrophe. We imagine, in the face of contradictory evidence, that it might end disastrously: Oh, no, he might not finish Anna Karenina!

I could feel the anxiety that his wife and his friend Nikolai Strakhov felt continually: that he was going to abandon it. Sofia and his friends had good reason for their anxiety and, living in real time, the valid excuse of not knowing he would finish it. And even though I’ve read the novel twenty-five times, every time I read it, as Anna begins her way toward suicide, I hope this time she won’t do it.

But if she hadn’t, I’ve come to conclude, Tolstoy would have.