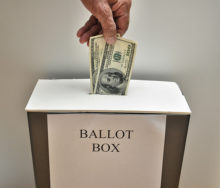 Scott Gehlbach is professor of political science at the University of Wisconsin–Madison.

This essay was originally posted to The Monkey Cage.

Donald Trump has praised Russian President Vladimir Putin’s leadership, suggested that he would recognize Putin’s seizure of Crimea from Ukraine, and questioned the U.S. intelligence community’s assessment that Russia hacked the computers of the Democratic National Committee.

Such statements break sharply from U.S. policy and Republican practice. But Trump helps Putin most by depicting the U.S. electoral system as “rigged.” In doing so, he reinforces Putin’s message to the Russian public and the rest of the world: The U.S. system is as fraudulent as any other.

As scholars of propaganda in Russia and elsewhere, we have observed that successful manipulation of public opinion acknowledges what people know to be true. Putin cannot convince Russians that their elections are free and fair; they know that they are not. Russian citizens have uploaded numerous videos demonstrating electoral manipulation, and a community of statisticians and social scientists has documented anomalies in precinct-level vote totals. Telling Russians that their elections are honest would be like telling them that the mighty Volga flows uphill.

The Kremlin’s propaganda machine incorporates this knowledge to produce a more subtle message: Yes, the Russian system is rigged, but so are electoral systems everywhere. The intent is to “normalize” Russian political practice, discouraging citizens from taking to the streets after resounding Kremlin victories.

As in other things, this is an old Soviet practice, repurposed for contemporary politics. Soviet “elections” featured a single candidate who would invariably receive 99.9 percent of the vote. The point was not to convince citizens that they had a choice, but to delegitimize the Western elections reported in the Soviet media.

Take another example: the famous 1959 “kitchen debate” between Vice President Richard Nixon and Soviet Premier Nikita Khrushchev at a U.S. exhibit in Moscow, in which Nixon pointed to a typical American kitchen as evidence of the capitalist system’s superiority. Soviet viewers, convinced of American perfidy and used to hearing exaggerated portrayals of their own living standards, likely assumed that the American kitchen was as much a facade as the “typical” kitchen in a Soviet exhibit in New York earlier that year.

Putin is not alone in this. Encouraging negative attitudes toward foreign governments is a standard strategy in the dictators’ playbook. Chinese citizens with unflattering views of other countries tend to have more favorable views of their own, and correcting misconceptions about conditions abroad tends to reduce support for the Chinese government.

Into this game steps Donald Trump, with his assertion that “of course there is large scale voter fraud happening on and before Election Day.” In fact, research has shown electoral fraud in the United States to be exceedingly rare. One study finds that respondents are more likely to effectively admit to having been abducted by aliens than to reveal that they engaged in “voter impersonation fraud” (i.e., voting in somebody else’s name, the rationale for voter ID laws).

Trump’s statements have been widely reported in the Russian media, which has portrayed Trump as a lonely fighter against a corrupt establishment. (The Russian newscaster Dmitry Kiselev went so far as to argue that Trump should fear assassination at the hands of this establishment.) If, as expected, Trump loses the election, it will simply reinforce the Kremlin’s message that elites, not the electorate, decide who wins the U.S. presidency.

Beyond his domestic audience, Putin is engaged in a battle for the hearts and minds of foreign citizens, some of whom turn to the Kremlin-backed RT (formerly Russia Today) as an alternative to CNN or BBC. Allegations of electoral malfeasance in the United States undermine confidence in the Western model of governance. Add to that Trump’s portrait of an unsafe country in an even more unsafe world, and you have a message in perfect conformity with an authoritarian worldview.

We do not fully understand the rationale for Donald Trump’s overt statements of support for Putin. But it is his highly inaccurate portrayal of U.S. politics that has most played into the Kremlin’s designs. Regardless of the election outcome, Putin is one of the big winners of this presidential election.