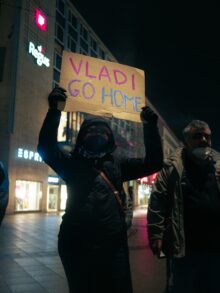 Ali Salmenbayev is a Master’s candidate in European and Russian Studies at Yale University specializing in Eurasian and European security.

The full-scale war against Ukraine set the world against Russia, yet it is not the only reason Russia’s neighbors regard it with such caution. In its years-long efforts to reassert its influence in neighboring post-Soviet countries and secure its borders from the West, Moscow has consistently created potential enemies along its own borders. In 2022, Russia is surrounded by hostile nations as never before. The reason is Moscow’s unsustainable foreign policy, which creates more adversaries than allies, thereby contradicting its long-term strategic interests.

After President Putin publicly expressed his disappointment with the US-led post-Cold-War global order at the 2007 Munich Security Conference, Russia adopted a new, revisionist foreign policy doctrine. Since that time, Russia has been trying to restore the influence it lost with the breakup of the USSR, aspiring to restore its own clout—while containing the advancement of Western interests—in surrounding post-Soviet nations. Formerly Soviet nations in Eastern Europe, the Caucasus, and Central Asia, are those Moscow considers as “belonging” to its sphere of influence. In the Russian foreign policy view, these same countries have become “estranged” from the Kremlin, increasingly gravitating towards other centers of power, including in the West.

In 2022, Russia finds itself more isolated than ever. People and governments from Northern Europe  all the way to Central Asia have legitimate grievances against it. This position is unsustainable, relying on hard-power tactics like coercive diplomacy and bullying to keep neighboring countries under Russia’s thumb.

While it may bring short-term gains, this approach disregards long-term implications. By alienating neighboring countries and pushing them toward more attractive and sustainable alliances, it actively harms Russia’s interests. Far from offering profitable cooperation, Russia only creates problems for its allies. The future after the end of the war in Ukraine is very hazy; yet even at this stage, it is clear that if the Russian leadership wishes to maintain or enhance its influence on post-Soviet states, it  must 1) diversify its foreign policy by increasing its use of soft, rather than hard, power; and 2) abandon its demonstratively hegemonic attitude toward allies.

In the brief case studies that follow, I will explain how Russia’s foreign policy ended up achieving the opposite of its nominal aims, instead producing the “surrounded by enemies” scenario we observe today.

Belarus is Russia’s closest ally in the post-Soviet region. However, its loyalty has traditionally drawn upon President Alyaksandr Lukashenka’s personal loyalty to Moscow. After the 2020 Presidential election, which again resulted in Lukashenka’s victory, Belarusians engaged in mass protest against what they saw as electoral fraud. Recognized neither domestically, nor abroad, Lukashenka ended up under enormous pressure from protests and accompanying Western sanctions. On the brink of crisis, Lukashenka was rescued by political and financial support from Moscow, which helped him withstand the pressure and suppress the protests. The result is that ordinary Belarusians are filled with resentment against Moscow, which they see as an obstacle to democratization. These grievances naturally intensified as Russia dragged Belarus into its war against Ukraine.

Ukraine is lost to Russia for decades to come—certainly as an ally, still less as a “good” neighbor. There is no country on Earth more hostile to Russia now. A turning point was Russia’s annexation of Crimea following the Kremlin-backed, internationally unrecognized referendum and ensuing conflict in the Donbas, which Moscow financed and supported. The longevity of this hostility is guaranteed by its ethnocultural nature, which transcends political boundaries. Moscow has consistently denigrated Ukrainian statehood, claiming that Ukraine is a product of Soviet Russia and that it obtained its current territories unfairly. Regardless of the war’s outcome, there is now a well-armed and hostile nation in Russia’s immediate vicinity. Even if Russia somehow succeeds in preserving Ukraine as a buffer zone, this dubious foreign policy “victory” comes at an enormous cost.

Following its defeat in the 2008 Russo-Georgian war, Georgia had to tame its Euro-Atlantic ambitions due to unresolved issues with its own breakaway regions and, of course, Russia. Though Russia managed to preserve Georgia as a buffer zone along its southern border, it did so at the cost of terminating formal diplomatic relations and the emergence of another hostile nation in its immediate environs. The 2019 anti-Russian protests in Tbilisi revealed a simmering hostility still present over a decade after the war. The protests also suggested that animosity would persist among Georgians regardless of their government’s views on Russia. The future of Russian-Georgian relations does not look promising, at least not from the perspective of Moscow’s ambitions to smoothly exert its influence there.

Traditionally, Armenia was Russia’s closest ally in the Caucasus. Besides good relations with Armenia’s leadership, Russia enjoyed favorable public opinion. However, this amicable relationship was tarnished by Moscow’s role in the 2020 Karabakh War between Armenia and Azerbaijan. The Turkey-backed Azerbaijani army swiftly defeated the Armenian troops and regained control over most of the disputed territory. Nagorno-Karabakh, a region that Armenians hold as an integral part of their national identity, was lost. The Armenian people and government alike were extremely disappointed with the Russia-brokered ceasefire and its neutral position in the conflict—despite their mutual membership in the Collective Security Treaty Organization (CSTO). After its leaders signed the ceasefire agreement, Armenia was gripped by protests, with people blaming Russia for betrayal. The image of Russia as an ally has thus been damaged in Armenia in the indefinite future.

Russia sees Kazakhstan as its closest ally in Central Asia. Sharing the longest continuous land border in the world, Kazakhstan constitutes the largest buffer zone between Russia and Central Asia, including Afghanistan. It is, therefore, vital for Moscow to have a constructive relationship with this country. In light of unprecedented tensions with the West, it has never been more essential for Russia to preserve the loyalty of its few allies. However, Russian foreign policy toward Kazakhstan is as unsustainable as its other relationships in the region. Over the last decades, Russian officials, including Putin himself, have made statements denigrating Kazakh statehood and identity. Some Russian officials went as far as to question the nation’s territorial integrity and call for annexation. This verbal disparagement has steadily turned Kazakhs away from Russia, with even previously loyal actors questioning their political orientation. For the Kazakh leadership and its people, this is an alarming signal in view of Russia’s behavior toward Ukraine. Regardless of the motives of such actions, their negative effect on the Kazakh people’s perception of Russia is inarguable.

Even countries that have traditionally maintained neutrality toward Russia are now fleeing Moscow’s orbit. The most prominent examples are EU members Sweden and Finland, which before the war in Ukraine were deeply integrated into Western culture, though not NATO. Historically, Sweden and Finland maintained neutrality toward Russia throughout the Cold War, but Moscow’s unsustainable foreign policy, and especially its tendency to mass troops along its borders, made them reconsider their position. Today, Sweden and Finland are on the point of joining NATO—all thanks to Russia. Russia’s aggression has produced new potential enemies in areas where they were previously absent, including during the “hottest” moments in the history of Russia’s relations with the West.

In sum, Russia’s foreign policy doctrine towards its neighbors is not merely ineffective, but  counterproductive to its interests.