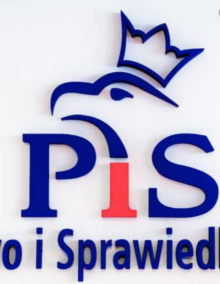 Marta Bucholc is a professor at the “Law as Culture” Centre, University of Bonn, Germany.

Interest in the 1989 post-Communist transformation in Poland has had its ups and downs, but seems to be on the rise again since 2015, when the national-conservative Prawo i Sprawiedliwość (Law and Justice, PiS) replaced the liberals at the state’s helm and launched a program of institutional changes under the general heading of a “Good Change.” Much of this change consisted in a revision of the institutional order established after 1989, and specifically in a rejection of what I call the “liberal pedagogy” of the late 1980s and early 1990s.

The concept of society as an object of educational influence, to be mentored, guided, and formed by a cultivated elite, has been a major part of the Polish intellectual tradition since at least the eighteenth century. An important constant within this mode of thinking has been its pro-Western orientation and a sense of dissatisfaction with Polish society, which proponents of “liberal pedagogy” see as not living up to the expectations of elites and the exigencies of the modern world. As Jerzy Szacki argued in his seminal analysis of 1994, Polish liberalism in the 1980s and early 1990s was a highly heterogenous intellectual movement united by an anti-Communist agenda more than by any consistent corpus of positive ideas. However, the pedagogical approach seems to have been common to all variants of Polish liberalism. It was especially pronounced in the circle of the so-called Gdańsk liberals, the most prominent among whose ranks turned out to be Donald Tusk, once a long-time leader of the biggest conservative-liberal party in Poland, Platforma Obywatelska (Citizens’ Platform), and later the President of the European Council in 2014-2019.

In 1991, Tusk summarized the point of departure of Gdańsk liberals as the “relatively modest assumption that it was worthwhile to educate people […] in the liberal way”. He himself pinpointed the main difficulty of this pedagogical agenda as “the sin of constructivism,” of making new reality out of nothing:

The sin of constructivism resulted in a sense from the very decision to participate in power. We could have avoided it, had we avoided the responsibility to participate in power. To use administrative structures to make Poles into a liberal society required methods verging on social engineering, because constructivism pertained to procedures and not to some rationalistic plan or holistic project. […] It was a paradox of Polish liberalism: we had to use the state in order to reduce it. […] In order to serve freedom, market, decentralization, we had to take upon ourselves the role of creators of reality, using étatist instruments. And we paid for it.

Tusk referred to the “constructivism” of using the state, against the classical liberal creed, to create a liberal society, again against the article of liberal faith according to which the free market is an emanation of human nature. But there is also a grave sin involved in the very belief that in democracy, society will passively allow itself to be politically educated to fit into any economic design.

I have identified four main techniques of liberal pedagogy as it was applied in Poland: blaming and shaming (of those unfit to be a part of the modern society), role-modeling (feeding images of social types corresponding with the liberal ideal), showing the error (the flawed ways to be unlearned, like the low social capital, weak civil society, low social trust, etc.), and self-finding (consisting essentially in insisting that liberal economic behavior is what people do of their own accord, and downplaying all the rest as “anomalous,” “abnormal,” or “pathological”). All of these techniques were used on Polish society en masse in the first decade of the transformation, with culture and social science — with some exceptions — lending their enthusiastic support.

Liberal pedagogy was, in many ways, the antithesis of liberal education: it was patronizing, top-down, centralized, and authoritative. The recently deceased Marcin Król, a vital figure of the liberal anti-Communist opposition who participated in the Round Table Talks in 1989 and for many years remained central to an influential intellectual milieu in Warsaw, characterized the stance of the first Polish non-Communist prime minister, Tadeusz Mazowiecki, as follows:

He was right in thinking that he knew what he was doing, but he was wrong in believing that there is no need to explain and tell it to the society. Similarly with [Leszek] Balcerowicz. This was the reason why this government and the next one never explained their decisions. It was a mistake. […] You cannot wish for the best and believe that everyone will understand it at once. Politics in a democracy does not work that way.

This passage begs the question of whether politics works that way in any system we might imagine, but certainly there are some in which the government is not expected to explain or ague its positions, and the people are not required to understand the government’s decisions or to believe in its benevolence.

But Król pointed out one more aspect of liberal pedagogy in his last book, which bore the apt if somewhat flashy title Byliśmy głupi (We Were Stupid). Reminiscing about his own view of Polish society from the perspective of a privileged member of the intelligentsia enjoying open intellectual exchange and a sense of belonging in a circle of like-minded friends, he wrote:

Before Solidarity, only some several thousand people lived in a world like my own. After Solidarity, maybe a few hundred thousand. And the rest? I do not know what the rest lived on. Probably the fear of losing their jobs. Probably the poverty, the nondescriptness, the shopping lines, and the social advancement, whose rules were incomprehensible to me. Probably they lived the same way as ever. Nobody knew them. Nobody knew. Did I believe that they would be happy when the Communism is gone and freedom came? I do not know, I never thought about them.

In his book, Król admits the stupidity of trying to transform a society without knowing anything about it. He confesses his splendid intelligentsia isolation, augmented by the false sense of equality generated by the ubiquitous privations of the socialist economy. In so doing, he unveils a supreme irony of liberal pedagogy: not only was it monological, ex cathedra, and based on a “an ideological blueprint of the future,” but it also lacked a foundation of reliable knowledge about the society to be transformed, and in many cases interest in acquiring that knowledge in the first place.

The need to catch up with social processes as they unfolded after 1989 became sorely obvious to Polish liberals after 2015, when an anti-liberal political force rose high by mobilizing the cultural opposition to liberal pedagogy as a political resource. PiS is constructing its vision of Polish national identity based on those very components which were shamed, rejected, and pathologized by the liberal pedagogy: nationalism, traditionalist Catholicism, parochialism, rejection of plurality, and mistrust towards the West. However, unlike the main designers of the Polish transformation, PiS does not focus on the economy. Instead, the economic goals behind the original liberal pedagogy of the 1980s and 1990s were omitted, leaving matters of national selfhood and well-being defined mostly in abstract, symbolical terms.

In the 1990s, liberals wanted to educate Polish society to make it become liberal. Today, national-conservatives want to educate so that it ceases to be ashamed at its own illiberalism. Were the liberals indeed “stupid” because they did not know their own society well enough, which would have allowed them to foresee at least some of the unintended consequences of their pedagogical efforts? If so, it remains to be seen what the results of the new, national-conservative pedagogy of national pride may be, and whether is backfires on its proponents the way the liberal variant did in 2015.