Dace Dzenovska – School of Europeanness: Tolerance and Other Lessons in Political Liberalism in Latvia 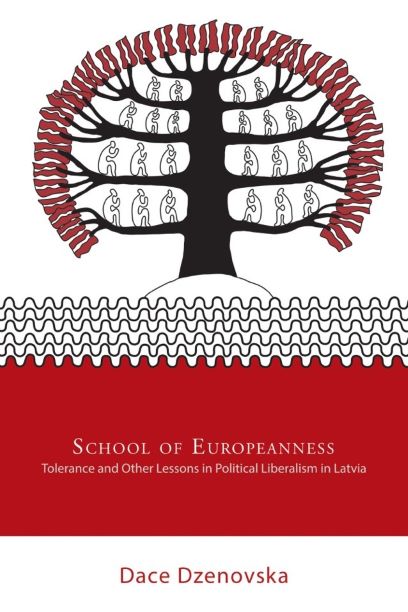 Please join us on Tuesday, April 16, 2019 for a talk by Dace Dzenovska of the Centre on Migration, Policy, and Society; Institute of Social and Cultural Anthropology, the University of Oxford. This event is part of the Occasional Series and is sponsored by the Jordan Center for the Advanced Study of Russia.

In the 1990s, the global victory of liberalism as the blueprint for organizing economic and political life seemed certain. Today it no longer does. Governing elites in Western liberal democracies are concerned about risks posed by a variety of “illiberal populisms.” Transnational coalitions involving Eastern European nationalists and North Atlantic strategists warn that the “international liberal order” is under threat from Russia. And academics are calling for reflection on liberalism’s political failures.

Drawing on ethnographic research on tolerance promotion in Latvia, Dr. Dzenovska argues that these debates fail to consider the specific contours of the “actually existing” political liberalism. Post-Cold War liberalism as a historical formation comes into view most clearly in liberalism’s missionary encounters with people thought to have lost their way as a result of living under “actually existing socialism.” These encounters show the underlying tensions of political liberalism, such as the need to draw boundaries around liberal democratic polities while emphasizing the virtues of inclusion, openness, and tolerance. Ultimately, they reveal the actually existing post-Cold War liberalism to be an ideological formation that misrecognizes itself as a politically neutral set of tools for organizing collective life.

Dace Dzenovska is Associate Professor of the Anthropology of Migration at the University of Oxford. She writes about migration in the context of European Union enlargement, as well as about tolerance promotion and post-Cold War political liberalism in Eastern Europe. Her book School of Europeanness: Tolerance and Other Lessons in Political Liberalism was published with Cornell University Press in 2018. She is currently working on a book manuscript on staying, leaving and arriving as tactics of life in Latvia after postsocialism, as well as on a new project on emptiness in the Latvian-Russian borderlands.