Meet the Empire: The Epic Journey of Grand Prince Alexander Nikolaevich in 1837 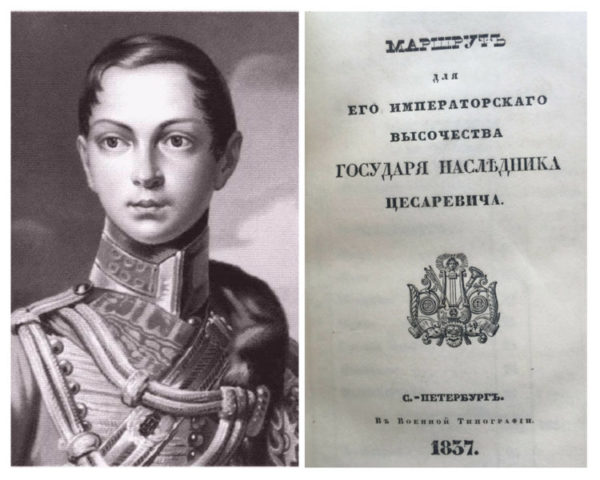 The Jordan Center’s Colloquium Series serves to introduce the most recent work of scholars within the Slavic field. Participants come from universities across the country and abroad, and work in disciplines ranging from history, political science and anthropology to literature and film. The colloquium discussion is based on a working paper which will be circulated prior to the event. On September 28th, please join us for the first installment of our Fall 2018 Colloquium Series with Paul Werth from the University of Nevada, Las Vegas, on “Meet the Empire: The Epic Journey of Grand Prince Alexander Nikolaevich in 1837”.

This paper describes the unprecedented epic tour of almost 20,000 kilometers across Russia by the young heir, the future Alexander II (1818-1881), from May to December of 1837. Extensively choreographed and featuring novel forms of publicity and intense emotional expression, the trip provided critical formative experiences for heir and country alike. Alexander was met at every stop by ecstatic throngs scrambling to behold him, to express their rapture, and to exhibit their loyalty vividly and in person. Considering preparations, logistics, reactions, impressions, and efforts by the press to promote the heir’s celebrity and emerging “scenario of power,” the paper offers a window onto Russia at a crucial moment in its history. It therefore serves as chapter one of a book-in-progress entitled “Quiet Revolution: Russia in 1837” (or possibly “The Year Pushkin Died”), which seeks to show that this seemingly ordinary year was actually pivotal for Russia’s entry into the modern age.

Paul Werth joined the faculty of the University of Nevada, Las Vegas in 1997, after receiving his PhD at the University of Michigan in 1996, and is now Professor in the Department of History. In 2004-2005 he was visiting fellow at the Slavic Research Center at the University of Hokkaido, Japan; a fellow at the National Humanities Center in Research Triangle Park, North Carolina in 2007-2008; and a visiting fellow at the Center for Advanced study at Ludwig-Maximilians University in Munich, Germany in 2011. From 2009 until the summer of 2015 he served as one of the three editors of the journal Kritika: Explorations in Russian and Eurasian History. In 2013-14 he was chair of UNLV’s Faculty Senate, after that serving as chair of UNLV’s Promotion & Tenure Committee and then chair of its Department of History. Liberation from the latter post in mid-2017 has become a major highlight of his life.