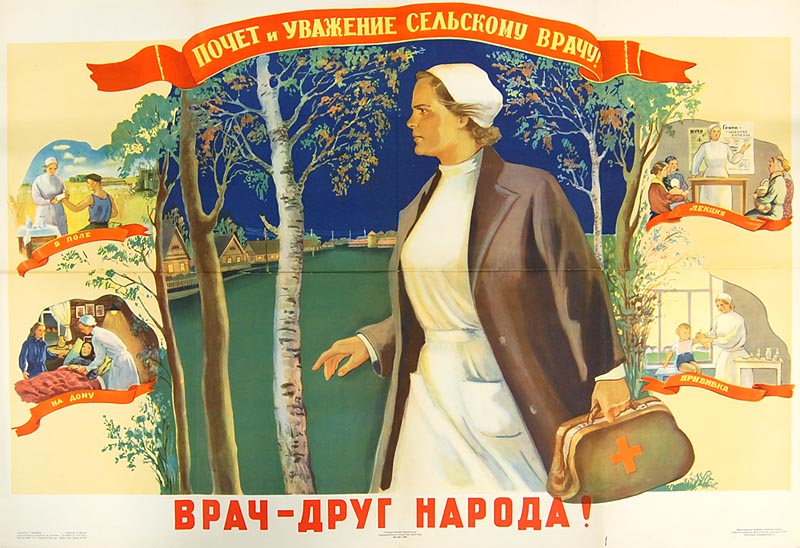 The Bolsheviks promised to provide universal public health. As part of that effort, they sought to make interactions between doctors and patients regular and normal. Seeing a doctor and receiving medical care would be important points of contact with Soviet power. However, with increased interactions between physicians and the public also came increased opportunities for misunderstandings and conflicts. Patients, particularly those from the newly empowered laboring classes, complained about inattentive, incompetent, and rude physicians. Doctors complained about uncooperative, overly demanding, and sometimes violent patients.

What claims did Soviet doctors make on the patient? What rights or tools did the patient have to refuse these demands? These are questions that accompanied the rise of medical professionalism elsewhere, but in the USSR they had a twist: medical care was a state undertaking and it was universal. Ultimately, what were the claims of the Soviet state on the person, and how might the person respond? Dr. Pinnow will explore these questions through a discussion of medical ethics and the doctor-patient relationship in the 1920s and 1930s.

Kenneth Pinnow is Professor of History and Global Health Studies at Allegheny College. He currently holds the Henry B. and Patricia Bush Tippie Professorship and recently served as the director of Allegheny’s Global Health Studies Program. Prof. Pinnow is the author of Lost to the Collective: Suicide and the Promise of Soviet Socialism (Cornell, 2010), and has published on criminology and the social sciences in the early Soviet Union. He is currently researching the history of medical ethics and research in the Soviet Union, with an emphasis on the formative decades of the USSR.