Russian Civil Society in the Time of COVID-19 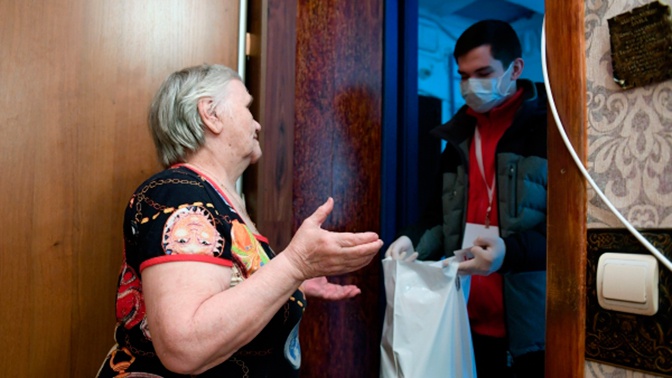 Join us on Zoom for a meeting of the New York-Russia Public Policy Seminar, a forum co-hosted by the Harriman Institute and the New York University Jordan Center for the Advanced Study of Russia.

Russia’s restrictions of movement and extensive use of surveillance technologies during the coronavirus pandemic have raised concerns about possible damage to civil society and community organizing. Has the coronavirus pandemic disrupted civil society development in Russia, or has this peculiar time drawn more attention to the need for citizen-run efforts to better life in the country? Join us to hear our panel discuss what civil society efforts look like in Russia in the time of COVID-19, how challenges that existed before the pandemic have manifested and been exacerbated, and what the future is for Russian civil society post-COVID.

Sarah Lindemann-Komorova, Scholar and Community Development Activist based in Novosibirsk

Andrey Semenov, Associate Research Scholar at the MacMillan Center at Yale University and Senior Researcher at the Center for Comparative History and Politics

Elena Topoleva-Soldunova, Director of the Agency for Social Information, Moscow

Sarah Lindemann-Komorova began her career as a community development activist in 1992 using English classes for civics education at Novosibirsk University.  Subsequently, she was a founder of the Siberian Civic Initiatives Support Center, the Siberian Network of NGO/Community Development Resource Centers, the Regions Coalition, and the Russian community school movement.  Currently she is focused on research and writing. Her most recent piece with co-author Debra Javeline, “Financing Russian Civil Society,” was published in Europe-Asia Studies in 2019. You can also find her work in The Nation.

Andrey Semenov is a senior researcher at the Center for Comparative History and Politics (Perm State University, Russia) and associate research scholar at MacMillan Center (Yale). He studies opposition and mobilization, civic and urban activism, electoral and subnational politics in Russia. His most recent research appeared in Social Movements Studies, Demokratizatsiya, The Journal of Social Policy Studies, and Sociological Studies journals.

Valerie Sperling is Professor of Political Science at Clark University (Worcester, Massachusetts). Her research interests lie largely at the intersection of Russian politics and gender studies.  She is a co-author of Courting Gender Justice: Russia, Turkey, and the European Court of Human Rights (Oxford University Press, 2019), with Lisa McIntosh Sundstrom and Melike Sayoglu; and her most recent book, a foray into American politics, co-authored with her Clark colleague, Robert Boatright, is: Trumping Politics as Usual: Masculinity, Misogyny, and the 2016 Elections (Oxford University Press, 2020). She is also the author of Sex, Politics, & Putin: Political Legitimacy in Russia (Oxford University Press, 2015), which won the Association for Slavic, East European, and Eurasian Studies (ASEEES) Davis Center Book Prize for the “outstanding monograph on Russia, Eurasia, or Eastern Europe in anthropology, political science, sociology or geography,” as well as the Association for Women in Slavic Studies (AWSS) Heldt Prize for the “Best book in Slavic/Eastern European/Eurasian Women’s Studies.”  Sperling’s earlier work includes the book, Altered States: The Globalization of Accountability (Cambridge University Press, 2009), and Organizing Women in Contemporary Russia (Cambridge University Press, 1999), a study of the women’s movement in the early post-communist era.

Elena Topoleva-Soldunova is the Director of the autonomous nonprofit organization “Agency for Social Information” (ASI). She has been a member of the Public Chamber of the Russian Federation since 2012, and has served as the chair of the Public Chamber’s Commission on the Development of the Nonprofit Sector and Support for Socially-Oriented Nonprofit Organizations since 2014. She has also served on the Expert Council under the Government of the Russian Federation since 2012, and in 2013 she became the chair of the Public Council of the Federal Ministry of Labor and Social Protection.

Denis Volkov joined the Levada Center, an independent Moscow-based polling organization, as an analyst and head of the department in 2007. Since then he has participated in more than one hundred quantitative and qualitative research projects as a researcher, analyst, or organizer. He has served as Deputy Director of the center since 2019. He has authored publications with particular focus on civil society, protest activities, elections, and political attitudes of the general public as well as that of young people, business, and elites in Russia. Some of his most recent work includes includes the Modernizing Russia Project (Center for European Policy Analysis), “Defending One’s Backyard: Local Civic Activism in Russia” (Carnegie Moscow Center), and “Generation Putin: What’s Important to Them?” (Levada Center). He is a columnist at Vedomosti, RBC, The Moscow Times newspapers, Forbes.ru and Carnegie.ru of Carnegie Moscow Center.