State-Sponsored Hijacking and International Responses: The Political Challenge of the RyanAir Incident 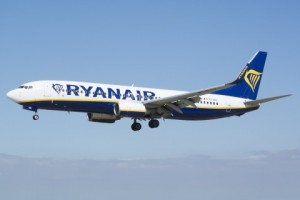 The New York-Russia Public Policy Series is co-hosted by the Harriman Institute at Columbia University and the New York University Jordan Center for the Advanced Study of Russia.

The forced landing of a Ryanair flight by Belarusian authorities and coerced detention of dissent journalist Roman Protasevich has spotlighted the practice of transnational repression: the targeting of political exiles and opposition figures abroad by authoritarians and their security services. President Lukashenko’s brash act has been referred to as a “state-sponsored” hijack and has prompted the EU to terminate flights by Belarsus’s national carrier, avoid the use of Belarusian airspace, and consider adding more sectoral and individual sanctions. At the same time, Russian Present Vladimir Putin has strongly supported Lukashenko and Western condemnation appears to be further driving Minsk into the political embrace of Moscow. Our expert panel of professionals from journalism, academia, and the human rights community will discuss why Protasevich was targeted, why these acts of transnational repression are growing more common, and what implications the Ryanair incident will have for US and EU relations with Belarus and Moscow.

Hanna Liubakova is a freelance journalist and researcher from Belarus and a nonresident fellow at the Atlantic Council. She also works as a journalism trainer and mentor. She started her career at the only independent Belarusian TV channel where she worked as a correspondent and TV presenter. Liubakova has reported from various countries and regions, including Belgium, UK, Poland, France, and Chechnya. She was a recipient of the Václav Havel Journalism Fellowship at Radio Free Europe/Radio Liberty in Czechia, as well as a World Press Institute Fellowship in the United States. She received a degree in Art History from The Jagiellonian University in Krakow, Poland in 2010 and a Master of Art with distinction in International Journalism from Brunel University in London in 2017. Liubakova was awarded the Peter Caws Prize for best postgraduate dissertation.

Tatyana Margolin is regional director for the Open Society Eurasia Program. Margolin was previously a division director for the Eurasia Program, leading the program’s work on responding to the reactionary backlash and closing civic space in the Eurasia region. Prior to joining the Eurasia Program, Margolin was a program officer for the Open Society Public Health Program, where she developed innovative approaches to integration of legal aid and harm reduction initiatives, and published and spoke widely on issues of access to justice for the most marginalized groups. An attorney by training, Margolin was previously a foreign law clerk at the Supreme Court of Israel and a staff attorney at the Women’s Law Project, a nonprofit legal advocacy organization committed to fighting discrimination against women.

Nate Schenkkan is the Director of Research Strategy at Freedom House. He previously served as the Director for Special Research at Freedom House, overseeing Freedom House’s research portfolio outside of its annual reports. He also previously served as the Project Director for Nations in Transit, Freedom House’s annual survey of democratic governance from Central Europe to Eurasia, and as Senior Program Officer for Freedom House’s Eurasia programs, covering Central Asia and Turkey. He was the lead researcher and co-author of two Freedom House special reports, The Struggle for Turkey’s Internet and Democracy in Crisis: Corruption, Media and Power in Turkey. He is the co-author of Freedom House’s special report on transnational repression, Out of Sight, Not Out of Reach. Prior to joining Freedom House in 2012, he worked as a journalist in Kazakhstan and Kyrgyzstan. He has been published in Foreign Affairs, Foreign Policy, The Washington Post, Eurasianet, World Politics Review, and Russian Analytical Digest. Read his opinion piece about transnational repression in the Washington Post (Feb. 3, 2021).

Yuval Weber is the Bren Chair of Russian Military and Political Strategy at the Brute Krulak Center for Innovation and Future Warfare at Marine Corps University, and is also a Research Assistant Professor at Texas A&M’s Bush School of Government and Public Service. He has previously served as the Kennan Institute Associate Professor of Russian and Eurasian Studies at Daniel Morgan Graduate School, at Harvard University as a Visiting Assistant Professor in the Department on Government, and as an Assistant Professor in the Faculty of World Economy and International Affairs at the Higher School of Economics in Moscow. Weber has held research positions at the Davis Center for Russian and Eurasian Studies at Harvard University, at the Woodrow Wilson Center for International Scholars, and the Carnegie Moscow Center. He has published on a range of Russian and Eurasian security, political, and economic topics in academic journals and for the popular press in the United States and Russia. He is currently working on two projects, one that develops a tool to measure hierarchy and resilience in international affairs to chart the course and conduct of great power competition, and a second that examines the tension between demands of economic modernization and the security state in Russian political economy. The latter manuscript is scheduled for publication in 2021 (Agenda/Columbia UP).