What’s Next? Experts Respond to Russia’s Invasion of Ukraine 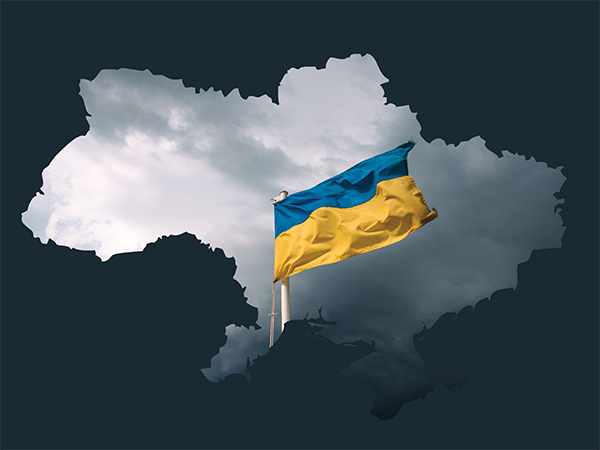 Join us for a special meeting of the New York-Russia Public Policy Series, co-hosted by the Harriman Institute at Columbia University and the New York University Jordan Center for the Advanced Study of Russia. This event is also cosponsored by the Center for Social Media and Politics at NYU and the Salzman Institute of War and Peace Studies.

In response to Russia’s invasion of Ukraine, we seek to provide context and promote understanding through a dialogue between experts. This unprecedented situation we find ourselves in as part of a global society calls for a decisive response. We believe we can best contribute by playing to our strengths: informed analysis and public debate. Our responsibility to the communities we serve is to inform and educate in the atmosphere of increased disinformation and multiplication of alternative “truths.” Our panelists will address some of the most pressing questions of the moment.

Register for the Zoom webinar or join the YouTube livestream.

Moderated by:
Joshua Tucker, Director of the Jordan Center for the Advanced Study of Russia, New York University

Timothy Frye is the Marshall D. Shulman Professor of Post-Soviet Foreign Policy at Columbia University and Director of the International Center for the Study of Institutions and Development at the Higher School of Economics in Moscow. He is the author of Brokers and Bureaucrats: Building Markets in Russia, which won the 2001 Hewett Prize from the American Association for the Advancement of Slavic Studies, and Building States and Markets after Communism: The Perils of Polarized Democracy, which won a Best Book Prize from the APSA Comparative Democratization section in 2010; and Property Rights and Property Wrongs: How Power, Institutions, and Norms Shape Economic Conflict in Russia, which was published in 2017. His most recent book, Weak Strongman: The Limits of Power in Putin’s Russia, will be published by Princeton University Press in April 2021.

Volodymyr Kulyk is a Head Research Fellow at the Institute of Political and Ethnic Studies, National Academy of Sciences of Ukraine. He has taught at Columbia, Stanford and Yale Universities, Kyiv Mohyla Academy and Ukrainian Catholic University, and has held research fellowships at Harvard, Stanford, Woodrow Wilson Center, University College London, University of Alberta and others. Since 2013, he has served as Ukraine’s representative in the European Commission against Racism and Intolerance. His research fields include the politics of language, memory and identity in contemporary Ukraine, media and discourse studies, on which he has widely published in Ukrainian and Western journals and collected volumes. Kulyk is the author of three books, most recently Dyskurs ukraїnskykh medii: identychnosti, ideolohiї, vladni stosunky (The Ukrainian Media Discourse: Identities, Ideologies, Power Relations; Kyiv: Krytyka, 2010). He has also edited two collected volumes published in Ukraine and two special issues of Western academic journals.

Kimberly Marten is a professor of political science at Barnard College, Columbia University. She is a faculty member of Columbia’s Harriman Institute for Russian, Eurasian and East European Studies, and Saltzman Institute for War and Peace Studies. She has written four books, including Warlords: Strong-Arm Brokers in Weak States (Cornell, 2012) and Engaging the Enemy: Organization Theory and Soviet Military Innovation (Princeton, 1993), which received the Marshall Shulman Prize. The Council on Foreign Relations published her special report, Reducing Tensions between Russia and NATO (2017). In addition to her numerous academic journal articles, her policy pieces have appeared in the Washington Quarterly, ForeignAffairs.com, War on the Rocks, Lawfare, the Washington Post’s Monkey Cage blog, the Huffington Post, the New York Times, and the New Republic, and she was honored to testify before Congress about Russia’s Wagner Group in July 2020. She is a frequent media commentator, and appeared on “The Daily Show” with Jon Stewart. She earned her A.B. at Harvard and Ph.D. at Stanford. She is a member of the Council on Foreign Relations and the International Institute for Strategic Studies, and is a founding member of PONARS-Eurasia.

Brian Milakovsky has been working in Ukraine and Russia since 2009 in environmental, humanitarian and economic development projects. For the past five years he has lived in the government-controlled areas of Luhansk Oblast in eastern Ukraine. He has written on socio-economic aspects of the Donbas conflict for the Kennan Institute, Foreign Affairs, the National Interest and other publications.

Oxana Shevel is an Associate Professor of Political Science at Tufts University, current President of the American Association for Ukrainian Studies (AAUS), and an associate of the Harvard Ukrainian Research Institute and of the Davis Center for Russian and Eurasian Studies at Harvard University. Shevel’s current research projects examine the sources of citizenship policies in the post-Communist states; church-state relations in Ukraine; the origins of separatist conflict in Donbas; and memory politics in post-Soviet Ukraine. She is the author of Migration, Refugee Policy, and State Building in Postcommunist Europe (Cambridge University Press, 2011), which examines how the politics of national identity and strategies of the UNHCR shape refugee admission policies in the post-Communist region. The book won the 2012 American Association of Ukrainian Studies book prize. Shevel’s research appeared in a variety of journals, including Comparative Politics, Current History, East European Politics and Societies, Europe-Asia Studies, Geopolitics, Nationality Papers, Post-Soviet Affairs, Political Science Quarterly, Slavic Review and in edited volumes. She also currently serves as Vice President of the Association for the Study of Nationalities (ASN), a country expert on Ukraine for Global Citizenship Observatory (GLOBALCIT), and a co-chair of the Post-Communist Politics and Economics Workshop at the Davis Center at Harvard.