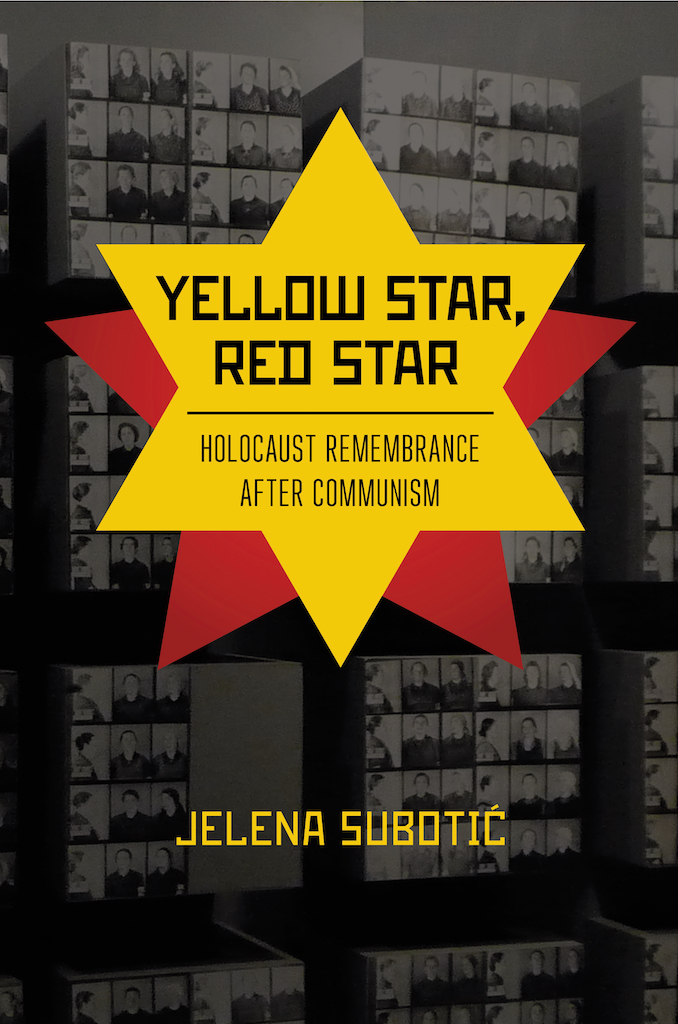 Yellow Star, Red Star asks why Holocaust memory continues to be fraught – ignored, appropriated, or obfuscated – throughout Eastern Europe, the principal location of the Holocaust. As part of European Union accession process, Jelena Subotić shows, East European states were required to adopt, participate in and contribute to the already established Western narrative of the Holocaust. This has created anxiety and resentment in post-communist states, because this Holocaust memory has replaced the centrality of communist terror as the dominant narrative of the 20th century in Eastern Europe with a new focus on predominantly Jewish suffering in World War II. Influencing European Union’s own memory politics and legislation in the process, post-communist states have attempted to reconcile these two memories by pursuing new strategies of Holocaust remembrance where the memory, symbols, and imagery of the Holocaust become appropriated to represent crimes of communism.

Based on extensive fieldwork and analysis of museums and memorials, history textbooks, and public commemorations, Yellow Star, Red Star presents in-depth case studies of Holocaust remembrance practices in Serbia, Croatia, and Lithuania, and then extends the discussion to other East European states. The book demonstrates how countries of the region used Holocaust remembrance as a political strategy to resolve their contemporary “ontological insecurities” – insecurities about their identities, about their international status, and about their relationships with other international actors. Holocaust memory in Eastern Europe was never either about the Holocaust or about the desire to remember the past – during communism or in its aftermath – but instead about managing national identities in a precarious and uncertain world.

Jelena Subotic, who received a 2007 Ph.D. from the University of Wisconsin-Madison, is Professor in the Department of Political Science at Georgia State University. She writes about international relations theory, memory politics, human rights, transitional justice, international ethics, state identity, and the politics of the Western Balkans. Her recently published second book, Yellow Star, Red Star: Holocaust Remembrance after Communism (Cornell University Press, 2019) explains how East European countries after the collapse of communism pursued new strategies of Holocaust remembrance where the memory, symbols, and imagery of the Holocaust became appropriated to represent crimes of communism.  Her first book, Hijacked Justice: Dealing with the Past in the Balkans (Cornell University Press, 2009) has been translated and published in Serbia in 2010. Her research has appeared in numerous journals, including International Studies Quarterly, European Journal of International Relations, Journal of Peace Research, and Foreign Policy Analysis. She is a recipient of a number of research grants, including from the National Science Foundation and USAID. She is also a frequent commentator on war crimes and the politics of the Balkans for CNN, BBC, and other international outlets.