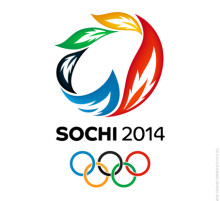 Melissa Cliver is an M.S. Candidate in Global Affairs at New York University

Roughly 30 years ago, the Soviet Union staged the Moscow Olympics. This winter, Russia’s resort town of Sochi will play the host. One commonality is clear; the Kremlin is using the games as an opportunity to rid Russia of a gray and repressive image and showcase a great and powerful country.

President and CEO of the Sochi 2014 Organizing Committee predicted that the games would “help Russia transition as a young democracy.” This is a broad stretch. In reality, the preparations for the Olympics have been plagued by numerous problems similar to those of the socialist era: exorbitant costs, incompetence, heavy security, and alleged labor exploitation. Despite this, protesters will not interrupt the games – the Olympic Charter explicitly prohibits activism. “No kind of demonstration or political, religious or racial propaganda is permitted in any Olympic sites, venues or other areas.”

In fact, Putin will not have a problem preventing activism during the Olympics or in Russia for that matter – Freedom House has documented a series of initiatives by the President designed to eliminate any and all potential threats to his regime and the status quo. This includes increasing the criminal penalties for unsanctioned protests, expanding the definition of treason and heavily censoring the Internet. Also, libel and slander have been recriminalized, thereby becoming a tool of repression to curb free speech. Arbitrary detentions and arrests are occurring on a scale unprecedented since the Soviet era. The impetus for this action is not the Olympics. Rather, it is a heavily managed democracy where the rule of law is used to quell dissent in a ‘legitimate’ manner. The Olympics just offer a raison d’etre for harsher laws.

In 1999, Putin’s “Millennium Manifesto” speech proposeda new direction for Russia. The President declared that the country “must return to its roots” and create a powerful state grounded in law and “constitutional security.” This policy is consistent with a functioning lawfare state, as defined by William Partlett from the Brookings Institution.. “First, it must have a sophisticated surveillance operation that has a monopoly on gathering sensitive financial intelligence.” The monopoly over compromising information can create a system of leverage that compels the informal rules to be followed through legitimate blackmail. “Second, a lawfare state must have clear and broad legal prohibitions and a loyal legal elite.” This ensures that efficient legal sanctions can effectively be deployed against those who do not cooperate in the informal system.

To this end, Putin has developed a financial-intelligence unit called Rosfinmonitoring. This institution, under the strict control of Putin for the last 13 years, accumulates financial intelligence on the illegal activities of the elite.

At the same time, Putin has been constructing the legal half of his lawfare state. The President has facilitated new laws by “stacking the deck” of the judicial system with elite who have demonstrated loyalty to the Kremlin while also enjoying backing from the parliamentary majority. Moreover, Putin has emphasized to the heads of regional federal courts that cooperation with the Kremlin is more important than relying on regional authority systems in his effort to centralize power. The new rules of the game emerged and are played as such: the governors will send tax revenue to the central government and carry out their commands or be subject to the formal legal system.

The formal legal system can indeed prove ruinous, as Mikhail Khodorkovsky, “chairman and CEO of Russia’s largest oil-producing company,” found out. After the oligarch began providing funding for the opposition and media critical of the Kremlin, the lawfare state quickly moved to imprison him while forcing his family into exile. The meaning could not be clearer: follow the rules or face demise.

Loyalty is key in this system. For instance, taking part in the construction of the Olympics is very advantageous for the oligarchs – their construction companies find traction in Russia’s lucrative infrastructure market and it also provides a way to show loyalty to Putin. For instance, Arkady Rotenberg’s companies have been awarded at least 227 billion rubles ($7.4 billion) of contracts for the Games. Unsurprisingly, Rotenberg is a childhood friend and former judo partner of the President.

In addition to Rotenberg’s estimated 21 contracts, other longtime associates of Putin such as Gennady Timchenko, co-founder of Gunvor Group, the fourth largest oil trader in the world and Vladimir Yakunin, Chief Executive Officer of Russian Railways, have also been awarded lucrative deals. Notably, Yeltsin-era oligarchs, Oleg Deripaska and Vladimir Potanin are claiming that they are getting the short end of the stick. Evidently, Putin makes no secret of how valuable loyalty to him can be while being equally clear about the disadvantages in store for those who are not.

Cracks in the System

Despite such careful planning, the system has one clear weakness; it is dependent on a sole individual; people have the capability to disregard the law if they pay the right dues. If this seems counterintuitive, that’s because it is. The fact that Putin accepts a lack of the rule of law in return for personal loyalty highlights an unforeseen error. Essentially, the lawfare state violates the very core of what a law-based state constitutes; strictly enforced legal rules. Therefore, the use of the law to fortify the institution of Putinism threatens to in fact, delegitimize the judicial system and subsequently his tightly controlled regime. The signs are already present as fracturing elite and growing protest movements express widespread discontent with Putinism.

Indeed, in the past year, the numbers seeing the United States as a friend and not an enemy has risen according to a Levada opinion poll. One explanation for this might be growing mistrust of the Kremlin, which is exactly what made Soviet propaganda ineffective decades ago. A more prudent path to strengthen Russia would be to use Sochi to showcase a more transparent democracy and increase international cooperation. However, this is not what Putin has chosen. Thus, the parallels can be drawn – the Soviets did not appear to see the end coming for them when hosting the Moscow Olympics 30 years ago…will Putin in 2014?