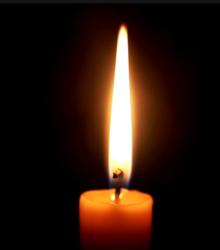 A scholar of modern and contemporary Slavic poetry and comparative literature, Alessandro Achilli is currently a research fellow at Trier University in Germany.

To say that contemporary literature engages with issues of memory may sound banal. In both prose and poetry, memory is everywhere. And when it comes to scholarship, the “memory boom” of the eighties and nineties has definitely not waned. It’s no coincidence that one of the most famous quotes from the poetry of Louise Glück is “We look at the world once, in childhood. The rest is memory.”

Limiting ourselves to Eastern Europe, it would be enough to mention Maria Stepanova’s In Memory of Memory (Pamiati pamiati, 2017; English translation 2021), a novel that, according to Linda Kinstler in her review in the Los Angeles Review of Books, only paradoxically “teems with oblivion.” Or take Valzhyna Mort. Bridging Belarus and America with her transnational persona and her bilingual writing, Mort has dedicated the whole of her poetry to the memory of the dead. Music for the Dead and Resurrected (2020), the title of her most recent collection in English, is quite explicit in this regard.

The same can be said about Nobel Prize winner Svetlana Alexievich. In one of her columns in the New Yorker, Masha Gessen aptly defined her as “the memory keeper.”

The space of contemporary Ukrainian literature offers indeed a remarkable array of textual evidence to those interested in memory both as a theme, and a method in the arts. This is a memory that can take different shapes and mean different things, but ultimately always stands out as an ethical obligation and a way out of pain. The bulk of Serhiy Zhadan’s recent poetry, for example, is an exploration of memory and of the individual and collective means by which poetry can protect and enhance it.

Zhadan’s poetry links the power of memory to the idea of community. Memory is what enables individuals to overcome the boundaries of their own space, that is, their loneliness, and become part of something bigger. The crucial thing, however, is that those individuals should not lose their own viewpoint, their freedom.

In quite a few poems from his most recent collections, heavily influenced by the ongoing war in Eastern Ukraine, Zhadan directly thematizes memory, giving definitions of its nature and its role for poetry, as in this stanza from his 2018 collection, Antenna:

And here she is, your memory, the coast of Ithaca.

And you won’t do anything with your own voice.

And you whisper to her: write on me your signs.

Let me be your best manuscript.

In other poems, he chooses a different strategy, providing readers with concealed, yet powerful reflections on the role of memory in poetry and life. One example of this dual purpose appears in “Chechen Girl,” a poem from Zhadan’s 2015 cycle, “Why I’m not on Social Media.” I’ll quote from the English translation by Virlana Tkacz and Wanda Phipps included in What we live for, what we die for, the award-winning anthology of Zhadan’s poetry in English published by Yale UP in 2019:

He sits on the internet

He made up this woman sniper,

now lives through her.

By creating this exotic alter-ego, Zhadan’s Yuriy has widened his horizons, enabled himself to see the world through someone else’s eyes, thus better understanding and accepting it. Of course, the worldview of a sniper can be problematic, but that’s not the point. The final part of this long poem makes clear that achieving that coveted state of serenity wouldn’t be possible without the mediation of memory:

He reads what he wrote.

Sometimes he adds something.

He shaves with an old razor

And nicks his skin.

But there is no blood.

There’s none at all.

Just as there is no death.

The following day, memories of his other life help Yuriy check and if needed correct his posts. By recollecting his emotions in tranquillity, Yuriy is reassured that there is no death, that his fears and his hopes, or those of the Chechen girl for that matter, are a source of immortality. And it’s exactly the shared nature of those emotions that provides him with a sense of reassurance.

Polyphonic memory, in which the distinction between individuality and collectiveness is overcome, is central to Babi Yar. In Voices (Babyn Iar. Holosamy, 2017) by Marianna Kijanowska, one of the most remarkable Ukrainian poetry books of the last years. The book is a collection of voices of the victims of the 1941 Babi Yar massacre, in which German soldiers and their Ukrainian collaborators murdered over thirty thousand Kievan Jews. The choice between memory and oblivion stands out as a crucial dilemma for the voices, tempted by forgetting as a way to alleviate their own pain. But this dichotomy turns out to be false. One cannot but remember — it’s the only way to stay human in the face of tragedy:

Forgetting or eventually not in these very last minutes

it’s like I resisted one hour while I was dying

I’ll turn into something essentially eternal

While memory is an ethical duty towards oneself and the community, it also needs to be supported. Poetry is what enables it to last and to be heard and shared:

I do the invisible small dirty work

of simply preserving the memory of us forever

In the end, there is no difference between “me” and “us.” Or perhaps, there can be no individuality without community — and vice-versa. In the final analysis, both need poetry to be preserved.