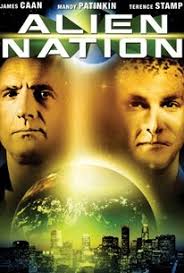 This is the sixth entry of Russia’s Alien Nations: The Secret Identities of Post-Socialism, an ongoing feature on All the Russias.  It can also be found at russiasaliennations.org. You can also find  all the previous entries here.

The chapter on the Russian appropriation of the Orc identity is the turning point for the book, for a number of reasons. First, there is the important pivot from shame to pride. Second, the Orc identity, far more than that of the sovok or the New Russian, is a response to imagined perceptions of Russians from outside of Russia.  Third, the Russian Orc combines two important meanings of the word “fantasy,” in that the identity is entirely a matter of the imagination, while also rooted in fantasy as a genre of literature and entertainment. The Russian Orc is a response to an imagined external (Western) alienating gaze: not the eye of Sauron, but the face of Medusa, solidifying Russia into something monstrous.

As in my previous/forthcoming book, I want to make the claim for fantasy and science fiction (F&SF) as crucial genres for negotiating the questions that haunt a particular culture, as well as for the value of looking through an F&SF lens at cultural productions more commonly assigned to the category of realism.  In particular, science fiction has inestimable value for considerations of alterity.  One of the obvious benefits of the countless stories of encounters with aliens is that they provide a space for imagining an Other that is, at least on the surface, separate from or surplus to the standard “Others” that populate our world (based on race, class, gender, sexuality, ability, nationality, political affiliation, and religious belief).  Conversely, the gaze of the purely imaginary Other highlights certain aspects of our own identities, as mediated through the conscious and unconscious concerns of the writer and the writer’s milieu.  Just as utopias reflect the priorities of the times in which they were first imagined, so, too, is the external perspective of the alien visitor shaped by preoccupations about the world that is under the alien’s gaze.

The alien is always not just imaginary, but doubly so:  first, in that the F&SF context requires the suspension of disbelief in order to confront us with the viewpoints of characters who are unreal by definition, and second, because that alien (whether from another place or another time) is almost always the creation of someone from the default or unmarked category that the alien encounters.  Imagining the perspective of an alien nation requires the writer’s self-alienation, as well as invoking a pun at least as old as the Alien Nation media franchise.   Begun in 1988, the Alien Nation story is an allegory of immigration and discrimination about the tensions between humans and the 300,000 former slaves whose spaceship crashed in the Mojave Desert, after which they move to Los Angeles (apparently, even alien former slaves all think they have a screenplay or two in them).  Ostensibly, this is a story about the relations between the alien “Newcomers” and humans, but in fact, “humans” in this case means “Americans.”  When District 9 develop a similar premise in 2009, its South African setting gives it particular, local ramifications.

All of this would suggest that one of the things I intend to do with this book in progress is examine similar stories in a Russian setting.  But Russia’s Alien Nations is not a book about extraterrestrial visitors to the Russian Federation.  Explaining exactly why this is the case will take some time.  But it will, I hope, be time well spent.

Next: Aliens, Documented and Otherwise