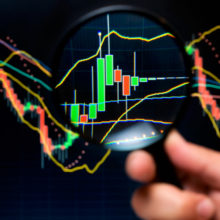 Roman Gerodimos, PhD, is Principal Lecturer in Global Current Affairs at Bournemouth University, and a faculty member at the Salzburg Academy on Media & Global Change. He is the co-editor of The Politics of Extreme Austerity: Greece in the Eurozone Crisis (Palgrave Macmillan, 2015) and The Media, Political Participation and Empowerment (Routledge, 2013). He is the founder and convenor of the Greek Politics Specialist Group of the UK’s Political Studies Association.

An earlier draft of this article was published on Medium on Thursday, February 17.

In a rare public statement in 2007, the then Director General of MI5 (the British Security Service), Jonathan Evans, said that “since the end of the Cold War we have seen no decrease in the numbers of undeclared Russian intelligence officers in the UK – at the Russian Embassy and associated organisations conducting covert activity in this country” [Telegraph]. Sergey Tretyakov, the New York station chief for Russian intelligence who defected in 2000, revealed that Moscow’s active measures never subsided: “Nothing has changed” [NY].

While several experts, academics and journalists, such as Edward Lucas and Luke Harding, have been arguing for years that the West is facing a New Cold War, over the last four years we have seen a significant escalation of Russian operations, not just in its traditional sphere of influence at the intersection between Europe and Asia (Ukraine, Moldova, Georgia) but within Western countries. A few weeks ago it was revealed that Russia has secretly deployed a new cruise missile in violation of the 1987 Intermediate-Range Nuclear Forces Treaty [NYT, WP]; while the Russian foreign minister, Sergei Lavrov, just called for a “post-West” world order and dismissed NATO as a relic of the Cold War [DW].

There is now overwhelming evidence – presented below – that Russia is engaging in an orchestrated, strategic campaign whose purpose is to erode liberal democracy in Europe and the United States, and to weaken NATO and the European Union. This campaign uses what has become known as hybrid warfare with the emphasis (in the case of the West) being on: launching cyber attacks against government agencies, utilities, companies, universities, media and individuals; exercising political influence in domestic audiences; spreading misinformation; engaging in character assassinations; and interfering in domestic politics, elections and referenda, by directly and indirectly funding and supporting political parties of the far right and the far left.

Tens of research and education institutions have been involved in an effort to study the inner-workings of the internet, coordinated by the FSB (successor to the KGB); state-sponsored media such as Sputnik and RT engage in propaganda and misinformation across many countries; while an army of hackers and bloggers working in “troll factories” threaten, bully, distort, manipulate, deface and attack anyone and anything that voices a substantive concern about the activities of the Russian government [Atlantic]. These attacks take place in the domestic territory of western countries and existing mechanisms of law enforcement are struggling to protect journalists, academics, researchers, activists and lay citizens of their own countries.

“What Russia does today is very much the digital version of what we Germans, before 1989, termed “Zersetzung.” The term is hard to translate, but it’s best described as the political equivalent of what happens when you pour acid on organic material: dissolution and disintegration.

The methods of Zersetzung are to cast doubt on the basic norms of the Western liberal order and its institutions; to distort and thereby discredit the purposes of the European Union, NATO and the free-market economy; to erode the credibility of the free press and free elections.

The means of Zersetzung include character assassination and, through the spreading of lies and fake news, the creation of a gray zone of doubt in which facts struggle to survive. We have seen all of this before, employed by the K.G.B. and the East German Stasi: psychological warfare, rumor-mongering, schemes to bribe politicians and then expose them as criminals. They used it both internally, against dissidents, and externally, against Western enemies.” [Jochen Bittner, ΝΥΤ].

For the purposes of this report, we have collated and outline below some of the main incidents of Russian cyber attacks and interference in Western countries over the last few years. While each of those incidents on its own might not seem outside the limits of ordinary power politics (and part of the problem is that due to the nature of the news cycle these stories are usually presented in isolation), putting these facts together, along with repeated warnings coming from intelligence and security services, journalists, experts and liberal politicians, leaves little doubt that Russia is engaging in a strategic campaign that was designed and launched years ago.

While this undeclared attack per se constitutes a big challenge for the political, social and critical infrastructure of Western societies, the biggest challenge is actually the fact that these societies are distracted by polarization, extremism and domestic political problems (in which Russian-sponsored fringe parties and organizations often play a key role); and that those who highlight or report on these issues face the threat of asymmetrical warfare and character assassination. It is now more important than ever for the people of Europe and the United States to be aware of the facts and for their governments to possess the tools that will enable them to defend themselves and their civil societies.

“There may well be a specific goal: defeat Chancellor Angela Merkel, who responded to Russia’s annexation of Crimea with support for sanctions that are particularly hurtful to Russian President Vladimir Putin’s inner circle. But there are certainly some broader goals: discredit democracy, in order to prevent Russians from agitating for it at home; undermine the European Union, in order to make the continent more amenable to corruption and authoritarianism; and demoralize NATO, which is preventing Russia from flexing its military muscles in its periphery.”

“The discrepancy between Russian means of influence and the ability of the French government to react is such that France is seen as an easy target for Russian operatives, particularly at a moment when French intelligence services are short on personnel and focused on counter-terrorist activities for which they need Russian information on Syria and on the important Chechen community in France.”

“[T]he West is already at war, whether it wants to be or not. It may not be a war we recognize, but it is a war. This war seeks, at home and abroad, to erode our values, our democracy, and our institutional strength; to dilute our ability to sort fact from fiction, or moral right from wrong; and to convince us to make decisions against our own best interests” [Molly K. McKew in Politico].

The fact that we have entered what looks like a New Cold War does not mean that the West bears no responsibility for this; or that the means now used by Russia have not and are not being used by other state and non-state actors; or that the relations between the West and Russia have to deteriorate; or that the escalation of this conflict into a full-out war is inevitable. It is precisely in order to deter this war that the West must act, and it must do so now, by defending its civil societies and liberal democracy. Highlighting and addressing the threat from Russia’s current campaign does not serve an agenda of conflict. It has been historically proven that the only basis for sustainable peace is not appeasement, but deterrence and a world order that reflects current configurations of power.

The international (now global) system detests power vacuums, as well as those actors that are too caught up in domestic concerns to have, and communicate, a clear, coherent strategy. A dispassionate, pluralistic and historically informed debate on whether the European Union and the United States – through their action or inaction, their strategic vision or lack of – have provoked, allowed or encouraged Russia’s campaign would be useful, along with a reassessment of Russia’s role in the 21st century and what that would mean in practice, in Ukraine, in the Middle East, and elsewhere. However, we also have to be absolutely honest and clear about what is happening; and to address (and to be seen to be addressing) the perceived weakness and disorganization of Western societies, for which they are solely responsible. The global system is subject to international treaties, laws, rules, customs and norms – on human rights, on bilateral relations, on the international recognition of states. These norms and rules do not operate on auto-pilot and they do require constant reinforcement; and it is not Russia’s prerogative to unilaterally alter them.

Finally, we note that this analysis is based on secondary data, i.e. on reports published by news agencies, international media and major think tanks. While an effort has been made to crosscheck the facts where possible, we are not responsible for the validity of the news reports and leave the readers to judge for themselves the credibility of the sources. Furthermore, given that this is secondary research, everything mentioned above is theoretically known. Yet, it is likely that very few people – perhaps journalists, experts, members of the intelligence community and citizens who follow world news very closely – are aware of the full extent and scale of this phenomenon. Our work was relatively easy as we only identified, compared, collated and outlined other people’s reports. However, it is clear that, in addition to great investigative journalism (which is needed now more than ever), what we also need is mechanisms and agents of news curation, fact-checking and comparative analysis that is accessible and meaningful to Western societies at large. The fragmentation of media outlets, the barrage of stimuli that audiences and internet users are faced with, information saturation, and the blurring of the boundaries between fact and fiction – that is likely to be intensified as a result of hybrid warfare, mean that great investigative reporting and news coverage are not enough on their own, if they are not contextualized across countries and across time.