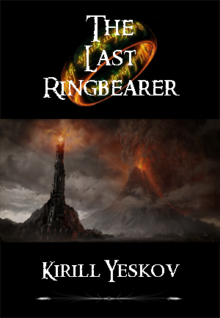 The paranoid reading of Tolkien begins as playful, revisionist fan fiction.  Throughout the 1990s, Natalia Vasilieva and Natalia Nekrasova produced a multi-volume reinterpretation of Lord of the Rings on-line:  The Black Book of Arda. Here the point was not so much that the Orcs were good, but that Tolkien’s dualism was too simplistic. A similar claim can be made for Nik Perumov’s own revisionist Tolkien sequel series, The Ring of Darkness.

But the clear moment in the sun for Russian Orcdom was the 1999 release of Kirill Yeskov’s The Last Ringbearer. Yeskov, a professional biologist and avowedly amateur novelist, exposes Tolkien’s account as a work of elvish propaganda.  Mordor, it turns out, is a beacon of rationality and enlightenment besieged by the dying and decadent forces of magic.  In other words, the Orcs (who are now simply another human ethnic group) are the good guys, Gandalf is a spell-casting Hitler looking for the “final solution to the Mordor problem”, and Saruman is the only wizard smart enough to realize he’s been on the wrong side. [1]

Inverting the classics is nothing new; while The Last Ringbearer is a well-conceived semi-sequel to Tolkien, Gregory Maguire (Wicked), Jean Rhys (Wide Sargasso Sea), and John Gardner (Grendel) have done this sort of thing much better.  Not only do these three novels work brilliantly as free-standing literary works, none of them has, to my knowledge, produced ressentiment-infused subcultures (though Maguire, in providing the inspiration for the shlock anthem “Defying Gravity,” is guilty of much worse).

Yet if the political overtones of The Last Ringbearer are relatively restrained (“final solution” references excluded), the novel reinforces a political reading that some in the West might find baffling.  Baffling, but brilliant:  Internet users in the orbit of the “liberpunk” subgenre of Russian science fiction (dystopias in which the world has gone to hell thanks to the triumph of liberalism and tolerance), have reappropriated not just Tolkien, but the simplistic, pop-culture-inspired metaphysics of American exceptionalism as articulated by Ronald Reagan and extended by George W. Bush.  Fine, they say, we’ll be your evil empire.  But we’ll do it with an irony and pride that you’ll never entirely comprehend.

[1] Orc revisionism is not exclusively a post-Soviet phenomenon.  In 2017, Netflix released Bright, a Will Smith vehicle that takes place in a world just like our own, except that Orcs and Elves share our world after a Last Battle with the Dark Lord a couple of thousands of years ago.  The idea had potential, but all of it was squandered.  The world building makes absolutely no sense—somehow, everything else about 21st century Los Angeles is more or less the same, despite the long-term presence of magical creatures.  There is an earnest, but poorly developed attempt to use Orcs and humans as a metaphor for race relations, but the result never rises above painfully recognizable racial stereotypes (Orcs in street gangs sound like Hollywood Latinos in street gangs).

The filmmakers use what could have been an intriguing premise as the set-up for one of the most overplayed genres: the buddy-cop tale (Will Smith is partnered with an Orc).  Netflix claims the film was popular, but, given its notorious reticence to share actual data, we are asked to accept them at their word (admittedly reinforced by their otherwise inexplicable decision to go forward with a sequel).  Critics have been almost uniformly unkind to Bright, trashing it as one of the worst movies of the century.