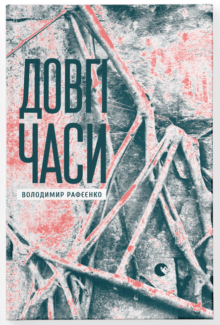 Marco Puleri is Senior Assistant Professor in Russian and Ukrainian History and Culture at the Department of Political and Social Sciences, University of Bologna.

On March 13, 2022, in a post on her Facebook profile, the Ukrainian poet Iya Kiva published some highly symbolic verses: “For eight years I kept saying: my home is at war. To then finally accept: my home is war.” Born in Donetsk in 1984, Kiva fled her hometown in 2014 in the aftermath of the conflict in Donbas in order to take refuge in Kyїv. During the eight long years of war that preceded the Russian army’s military invasion of February 2022, Kiva, originally a Russian speaker, began to write and publish her poems in Ukrainian as well. Starting on February 24, Kiva found herself victimized once again by a war she had originally fled in 2014, but which has indelibly marked her life since then.

The case of Iya Kiva flies in the face of several recurring myths surrounding the war in Ukraine. First and foremost, her experience points to the long duration of a conflict that began in 2014 and whose escalation was far more predictable than many in the West may think. Her literary bilingualism, meanwhile, illustrates the permeability of linguistic and identity boundaries, which can enable Ukrainians to take back cultural categories only apparently paralyzed by the symbolic apparatus of political conflict. Finally, her situation underscores the paradox of forced mobility within the country, which has accelerated the grassroots formation of a civic idea of ​​Ukraine since 2014.

Kiva’s experiences as a young poet from Donetsk reflect the troubles of an entire community of intellectuals working to give creative expression to the personal and collective traumas that have befallen Ukraine since 2014. The full-scale Russian invasion that began in February of this year was preceded by eight years of hybrid war fanned by allegations of “Russophobia” and claims that the rights of Russian-speaking communities in Ukraine were being systematically violated. This stage of warfare marks the culmination of longstanding exploitation of the cultural field. This “war of words,” which preceded and augmented its less metaphorical counterpart, uses Ukrainian cultural production an essential mirror to reflect the enormous internal changes affecting the country’s social fabric.

The experience of novelist and poet Volodymyr Rafeenko offers further insight into the radical changes  the war has effected within Ukrainian culture. Having spent most of his life in Donetsk, with few opportunities to publish his works at home, the Russian-speaking author achieved renown by participating in competitions for literary prizes like the Russian Prize [Russkaia premiia], a Russian-based literary award for Russophone authors living outside the Russian Federation that, nonetheless, revolves around Russia’s major literary magazines and publishing houses.

After fleeing Donetsk for the Ukrainian capital in 2014, Rafeenko began writing and publishing through the country’s major magazines and presses, soon becoming—effectively for the first time—an integral part of the Ukrainian cultural milieu. Already in 2017, the novel The Length of Days (Dolgota dnei in Russian; Dovhi chasy in Ukrainian), was published in Ukrainian translation by Vidavnitstvo Starogo Leva,  a major Ukrainian press. The novel, which centers on the firsthand experience of war by residents of the imaginary city of Z (a literary transposition of Donetsk), was included in the shortlist for the 2018 Taras Shevchenko National Prize, Ukraine’s largest state literary prize. The following year, Rafeenko released his first literary work in Ukrainian, Mondegreen, which is dedicated to an internally displaced person’s experience of learning a new language and, simultaneously, acquiring a new identity and sense of cultural belonging.

As Rafeenko notes in an article from April 2022, two months after the start of the “new” war, many Ukrainians are today reliving the initial stages of a trauma they already experienced in the past. The dramatic escalation of military conflict since February has only accentuated and radicalized cultural phenomena and attitudes that already existed in Ukraine.

Rafeenko himself, who survived a month of Russian occupation in Bucha, publicly declared that he “doesn’t want to have anything more to do with Russian,” refusing to publish any future works in what was once his first language. As the famous Ukrainian writer Andrey Kurkov pointed out in a June article for The New Statesman, the atrocities of recent months have made it quite likely that Russian will cease to exist as a language of culture in Ukraine. For Kurkov, this turn of events is a natural consequence of “Russian reality” splitting so deeply from “Ukrainian reality” that Russian is now “the language of the enemy.”